So, yesterday I was meant to run the “between the bridges” race in Belfast. This was a bit of a strange one. To celebrate the completion of a large new section of motorway (highway) they shut it down for a few hours and had a 10k on it.
I thought it sounded like fun. Unfortunately though, I was totally disorganised and had left registration to the last minute. I contacted the organisers last week and found that while there was no race day registration, I could go and register at a local shopping centre for the few days beforehand.
So on Friday evening, I left work a little early and drove down the road to meet my wife so we could sign up. When we got to the registration, however, it seemed we were a few hours too late. Apparently there was a totally unexpected demand for the race and the 4500 places had already been filled.
This was a pity, as with a half marathon coming up, I had decided not to aim for any particular time and was going to take it relatively easy and just run the race, for fun, with Steph.
Oh well, this meant I would have to just do my long run as scheduled.
Come Sunday morning and after a 6am wakeup call from the little guy and a few hours hanging out with him, I started getting ready to go for a nice long easy run.
I was planning a 12 miler, so sat down at the computer and tried to figure out a decent route with map my run. I was quite amazed to see quite how far 12 miles is. I kept planning out routes and then finding that they weren’t long enough.
Eventually, i had a good route planned and just as i was getting my gear on, it started snowing.
Fabulous.
I had two new things to try out on this run.. Firstly I bough a Camelback when I was in the states a few weeks ago and hadn’t been out on a long run since buying it so was looking forward to trying that out. The second was a new sports drink I had picked up while we were out on Friday. The last few longer runs Ive done I’ve tried using Lucozade Sport and Powerade. They both helped, but I had wanted to try out something a bit more complex, i.e. with more than just sugar in it. So i picked up this “Iso Energy” stuff. Its got carbs, electrolytes, amino acids and to top it all off.. some caffeine.
So I filled up the Camelback with water, made up a litre of the iso energy drink, downed a couple of hundred mls before starting and hit the road and had an excellent run.

The first bit of the run was the toughest as, I was running the road over the top of the Cavehill here in Belfast. I actually ran to one of the highest points in the city.. Its no mountain, but its far from flat, as you can see from the GPS elevation profile. 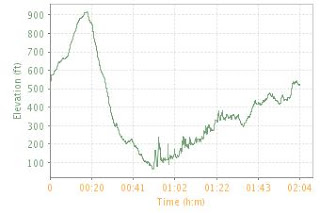 Having this at the start of the run was great though as the subsequent prolonged downhill gradient was a breeze. The lowest point was the bottom of the Antrim road, and I took a two minute break to watch the runners who were doing the 10k. Turning around at that point and realising that the remainder of the run was a gradual uphill was a bit more of a challenge. Although I think I decided around this time that I was definitely going to push it beyond the 12 miles and go the full half marathon distance.

On the whole, the run was enjoyable and pretty easy going.. apart from the last 1.5 miles. That was when the pain kicked in both knees and my hips. But I struggled through and finished the 13.1 miles in 2 hours 3 minutes. I think the Iso Energy stuff really helped.. a few times while running I started to feel myself lagging so I took a swig at that and it really helped. Also, the Camelback is a great purchase. No carrying water bottles in my hands and its really comfortable to wear. I can highly recommend it.

When I got home I felt totally fantastic.Its a really good feeling when you do something new like a new PR time or a new longest distance. Of course, still being a running newbie, I get to do this a lot! Indeed, as with today, I usually do both at the same time, which is a lot of fun, but sets the bar for what I have to beat next time.

I learned my lesson from missing out on the between the bridges run and so have now signed up for the half marathon in omagh. Two weeks to go and as planned, I want to do the half marathon in two weeks in less than 2 hours. Having done this run in around 2 hours lets me know that I can definitely do it.

Below is the full GPS profile of the route. As usual, click for full size goodness. 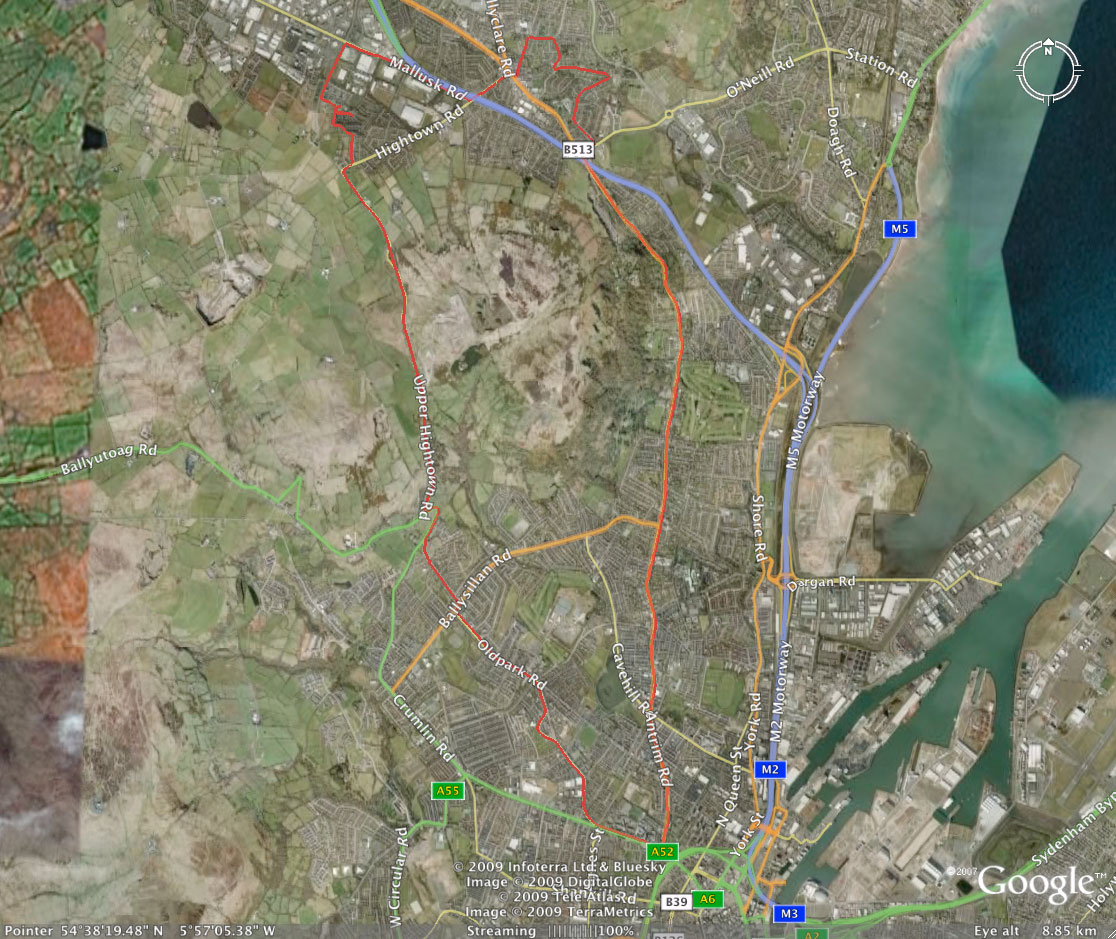 ← Brickin itRunning one of the wonders of the world. →