Running one of the wonders of the world.

This week I am in San Francisco for work purposes.
I decided, while here, that I really wanted to run the Golden Gate Bridge. I mean, how often does one get to run along one of the 7 wonders of the modern world?

I didnt have a decent camera with me, I forgot to bring one, but I did have my trusty phone cam… So here is a little photostory of my memorable run. All images can be viewed in glorious full size with a mere click…

For a start, there was no way I was going to be able to run to the bridge from my hotel. Im staying about 7 miles from the bridge. That each way plus the 3 miles across the bridge and back would be WAY too long.

So, I looked at my options and decided I may as well do something touristy in the process and ride the trolley. I headed from my hotel to Powell and boarded this very car… 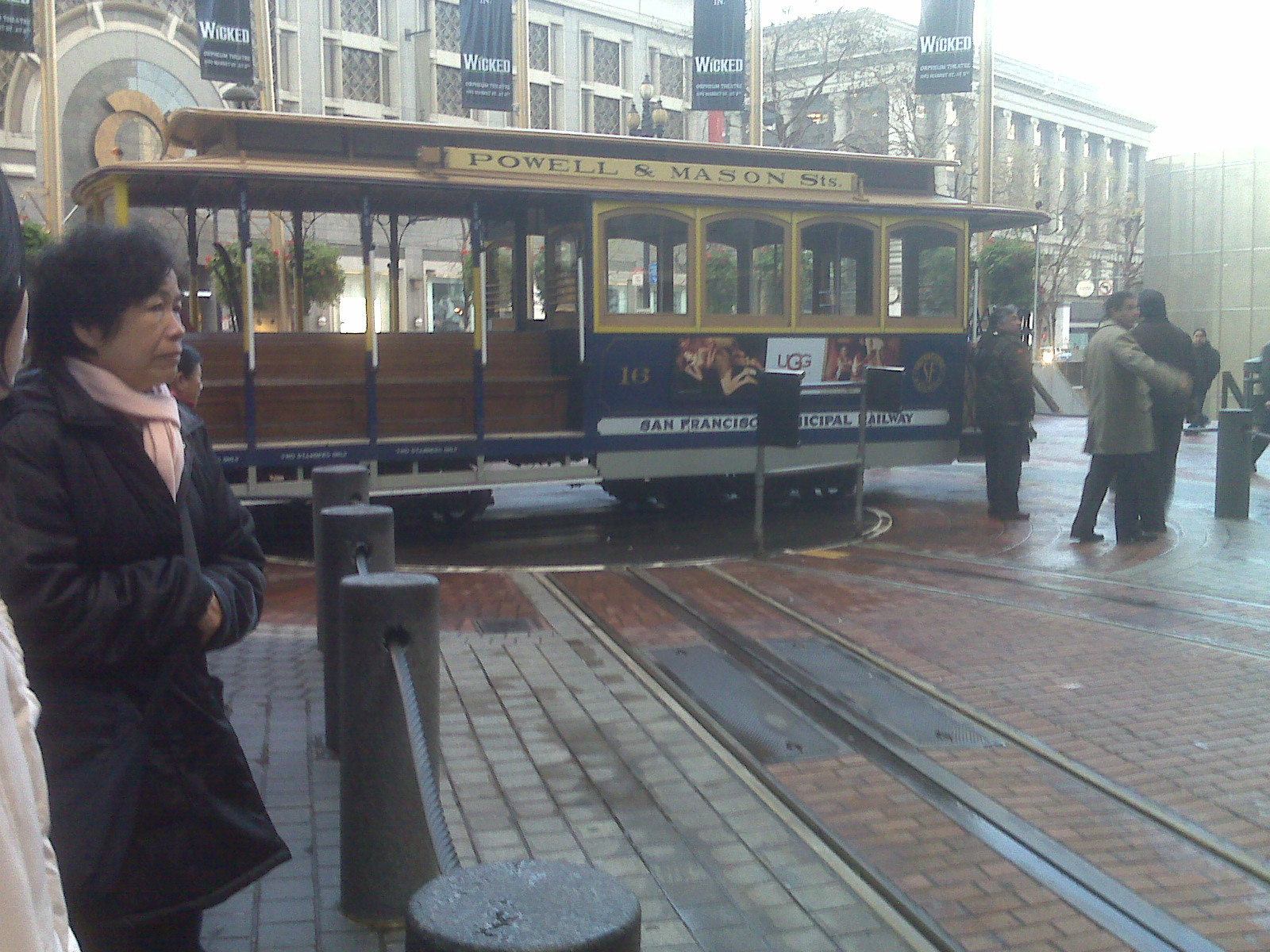 I rode the trolley to the end of the line, Bay. From here I started to run. Thanks to google maps on my phone, I figured the best way was to run along Bay for a while to Lombardo then head onto the marina. Once on marina, I got my first good view of the bridge,

This was actually my first time getting a proper look at the Golden Gate bridge. Ive been in SF a few times now, but never had any free time. Once we drove somewhere were I got a bit of a glance at it, but it was very foggy and didnt look very impressive. I got lucky today and it was clear and sunny.

The run along the marina was nice. Lots of other runners, nice sea air, beautiful view. As I got closer to the bridge and actually started running on the path alongside the road, it was strange. Lots of traffic beside me, no other people. Also, lots of puddles. Apparently yesterday there was a huge amount of rain. Score one for luck for me that I missed it. At a few parts where there were pedestrian subway underpasses under roads, I was actually running in ankle deep water. 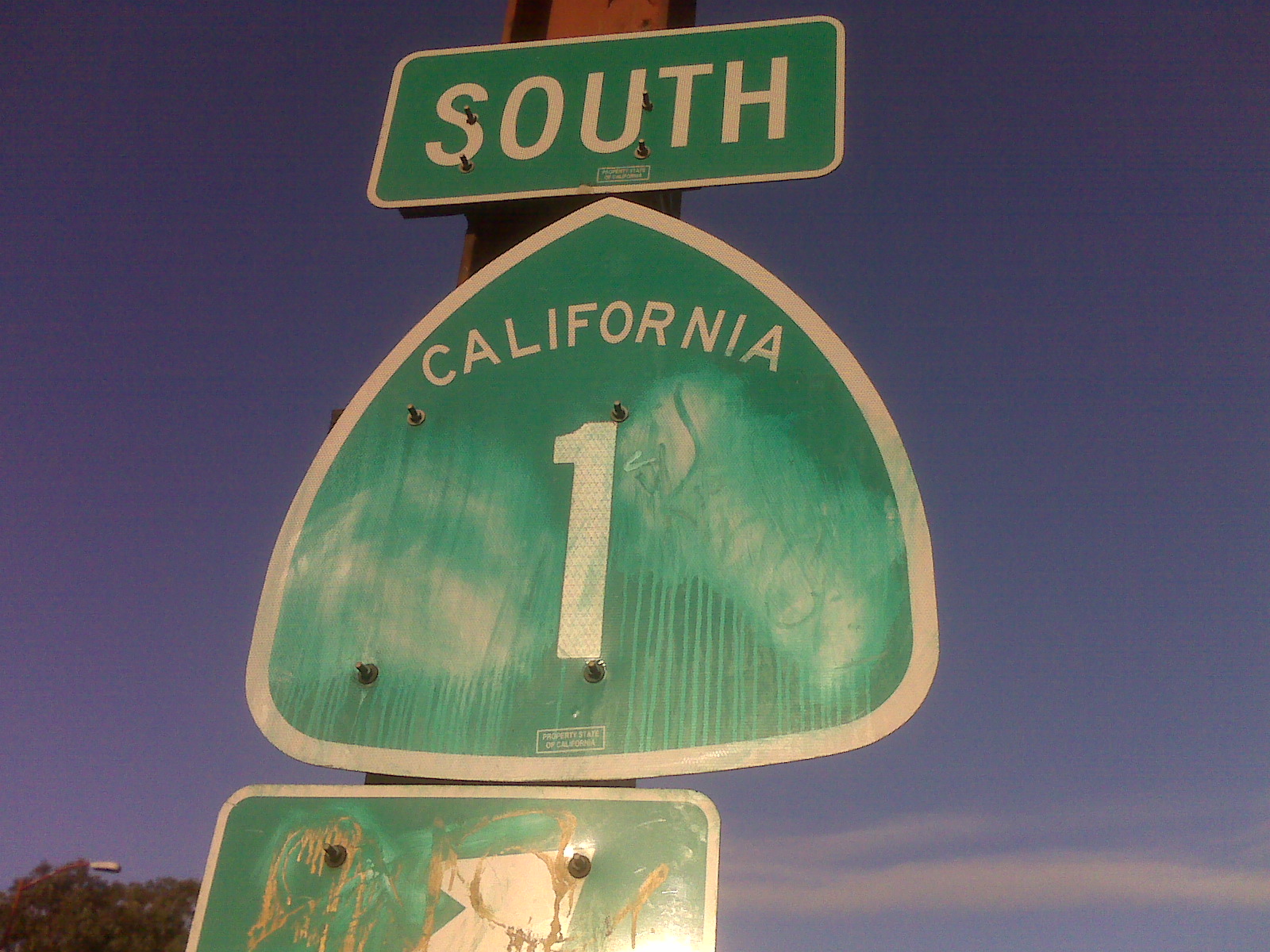 The run was certainly longer than I had thought. My training schedule for today was actually a rest day. Some chance…

The thing about running towards something as tremendously large as the Golden Gate Bridge is that you see if from very far away and it just doesnt seem to get any closer mile after mile. Eventually, however, I reached the bridge and paused to see this rather spectacular sight… 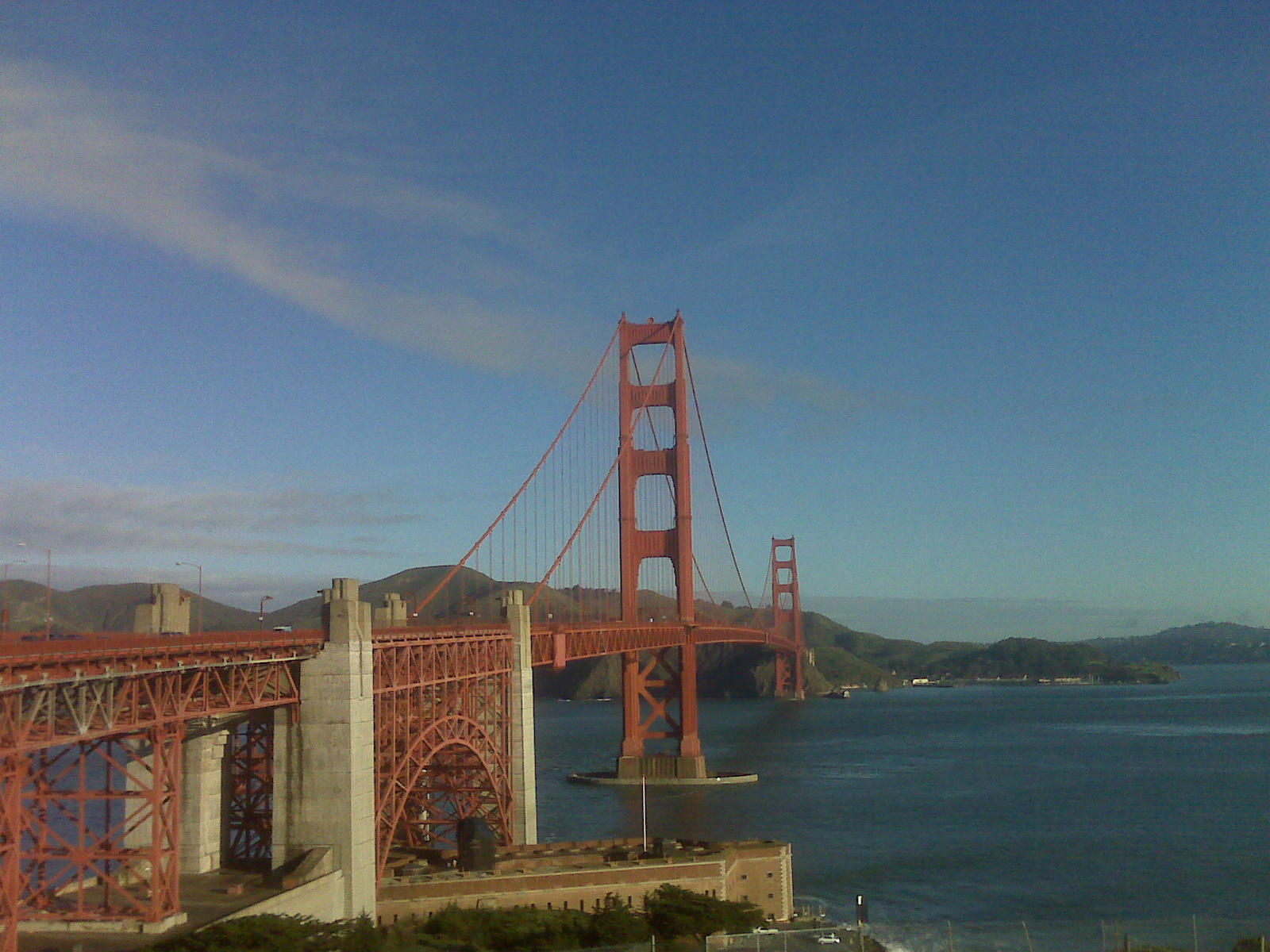 Didnt pause for long though, at this point I think if I had my legs might have seized up. I pushed on and started running along the bridge. This was the sight that greeted me as I ran onto it.

The run itself was completely exhilarating. It honestly was fantastic. I think part of this was due to a larger than usual endorphin rush, probably caused by the fact that I was running much further than planned just two days after my longest run to date. However, it was mostly just from the sheer thrill of doing it and from the incredible beauty of the views and majesty of the bridge itself. It looks amazing in photos.. yes. Its a wonder of the world.. yes. But none of this really conveys how incredibly impressive this thing is as you run along the length of it. The full length is 1.7 miles, so the run across and back was the easiest 3.4 miles I have ever run. The view from the bridge was spectacular. Sadly the cam phone photo does it NO justice. You can just about see alcatraz in the distance.

When I got to the other side, I turned round to run back and found myself running the full length with a smile on my face and at a fairly decent pace, at one point I glanced at my Garmin and was flying along at about a 7:30 minute per mile pace (thats fast for me.. ok!). I had my iPod on and as listening to “Does it offend you, yeah?” which just seemed to work perfectly.

So here I am, halfway across… loving it… 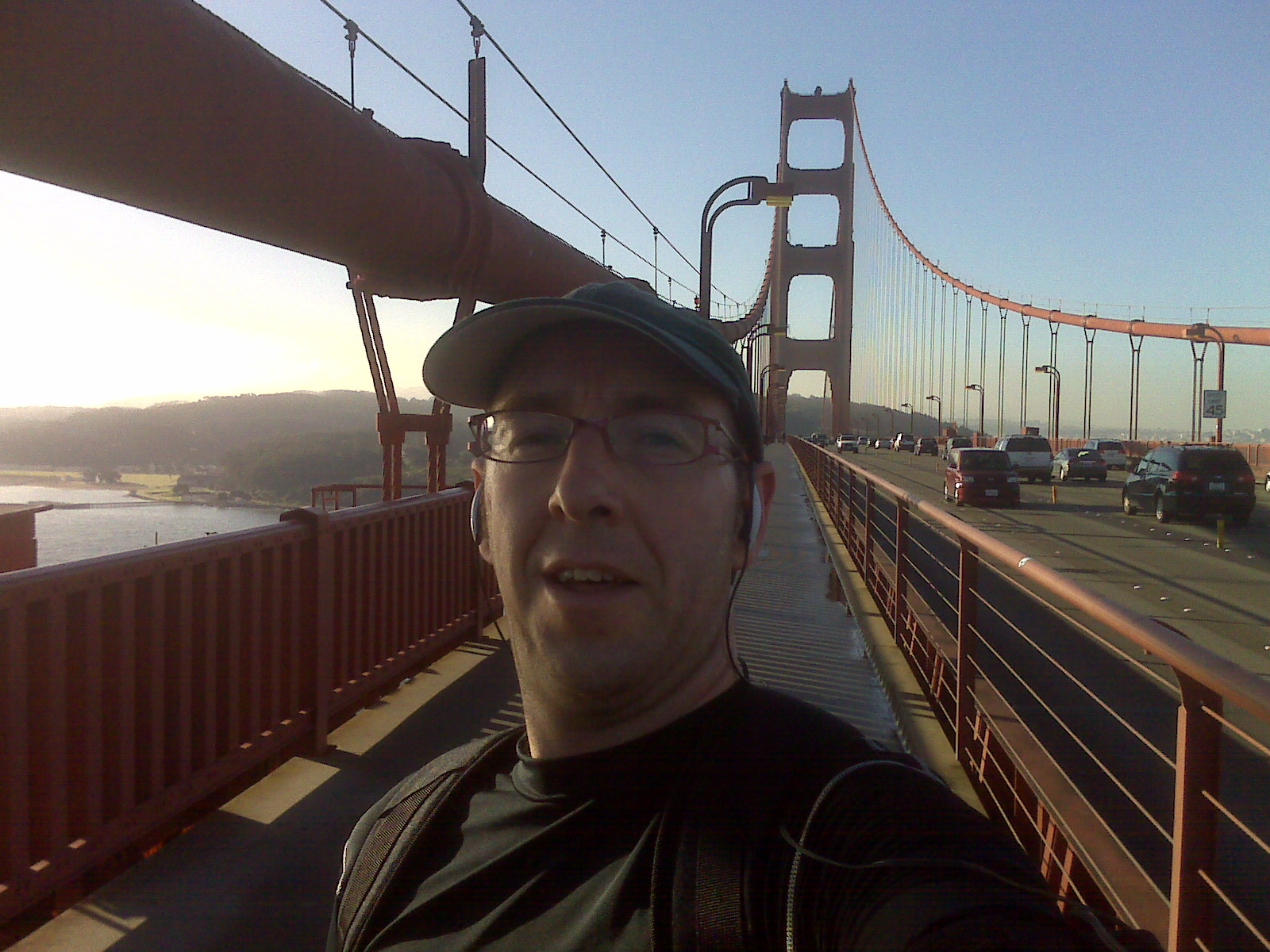 I came off the bridge and ran back via Crissy Field, along by the ocean which was also beautiful. I had figured out before I even reached the bridge that by the time I finished I would probably be close to 10 miles. I figured that after 12 miles on sunday my knees might protest too much and thought I may have to stop running and walk at some point. Luckily, I stuck at it, my knees did indeed protest the pounding but not enough to stop me. In total, by the time I made it back to the trolley stop I had clocked in a total of 11 miles and had hugely enjoyed it.

When I finished, it had just turned 9:30am. I have to say, starting your day with an 11 mile run that includes running along one of the wonders of the world is FANTASTIC… but… its tough to live up to. The rest of the day seems long and dull by comparison.

Just to finish off, here is a screengrab from google maps of my route….

One thought on “Running one of the wonders of the world.”