At 16:53 on the 12th of January, an earthquake of catastrophic magnitude struck Haiti.
The red cross estimate that about 3 million people have been affected by this.
The Haitian authorities have confirmed, as of the 24th of January, that over 150,000 people have been buried.
The death toll may reach 300,000
More than 400,000 people are homeless.
To top this off, Haiti is the poorest country in the western hemisphere.

Its been great to see the efforts worldwide to raise funds to support the rescue and rebuild efforts in Haiti.
It restores my faith in the inherent goodness of humanity to see such things.

Here in Belfast a team of people have pulled together to do what they can to raise some cash.
It started with a few local musicians who had the idea of putting on a Benefit gig.
The positive response they received was phenomenal so they set about putting togethet the logistics and formed the “Belfast4Haiti” group.

My friend, Lisa Millar, heard about this on twitter and suggested that perhaps in addition to the benefit gig, perhaps we could also have some sort of fund raising sporting event

Like a fun run… and so the Belfast 4 Haiti 5k was born.
I joined the organisational team, as did Lorraine Anthony a PR specialist.
3 people who pretty much just know each other via twitter.

At the start when Lisa was talking to a race director from another race, she was told that trying to organise a race in 2 weeks was next to impossible

This person didnt count on the dedication of a good team, the amazing support we’ve been given and the countless people who have given freely of their time to MAKE THIS EVENT HAPPEN.

Not only do we have a race.. we’ve got a family fun day out. We’ve got tea, coffee, buns, cakes, facepainting and balloon modelling and post race footrubs and massages.
We’ve even got a damn carnival band!!!!!

SO.. please, if you are from Northern Ireland…. Register for the race, get yourself to Belfast for Sunday mornign and run or walk with us.

If youre unsure, or undecided… watch this video… 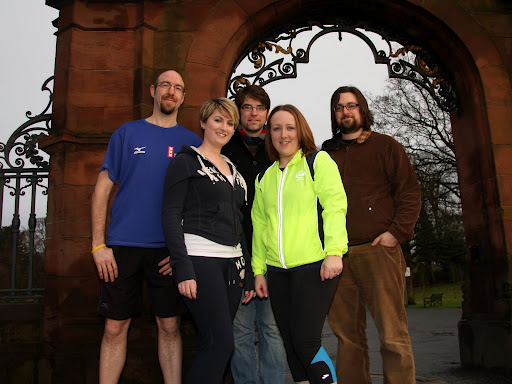 ← Race Day!The importance of a plan… →

2 thoughts on Running for GOOD