So, having completed my “A-Race” for the year, I have allowed myself an off-season. A time for decompression.
Basically, lots of boozing and lots less exercise. In the week after my marathon I didn’t run at all and cycled twice. (a 13 mile ride and a 26.5 mile ride). The following week, I ran twice for a total of 9.1 miles and cycled once (31.15 miles).

And that’s it.
Off season is OVER.

Over those two weeks I ate a huge amount of BAD food, and drank far too much.
On the bright side…I got a new bike.
I picked up a cube streamer under the cycle to work scheme. On Sunday I took it out for the first time and MASSIVELY enjoyed my 31 mile ride. the weather was terrible, cold, windy and heavy rain. when I got home my feet were completely numb and I could not have been more soaked had I jumped in a swimming pool. Yet I enjoyed the ride loads. I’m attributing that to the bike!

Of course, they say when you get a new bike you should name it. So I put out a shout on Twitter for suggestions and Rae Threat, my photographer friend from LA, instantly suggested Pretty Hate Machine. Cliched as this may be… I LIKE IT. I also had John Hirsh, my pro-triathlete twitter buddy, volunteer to name it. John had previously given bikes some awesome names (BLOOD BIKE being my favourite). At the end of the day though, John couldn’t beat Pretty Hate Machine… so that is indeed the name of my shiny new bike. 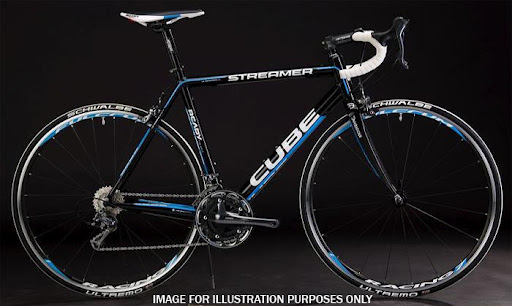 So. Its November and its base training / transition time. For the month of November, I will be undergoing a detox.
No caffeine
No alcohol
No meat
No dairy

I’m a teetotal, caffeine free Vegan for a month.
Today was the first day and I am really struggling without caffeine.
I will do it though.

Ive recently read Joe Friels great blog post on the transition period and he suggests strongly that we should take this period seriously. Don’t train… exercise. Don’t plan, don’t overdo it. This makes sense and (combined with what I fear is a stress fracture in my foot) means for the next 4 weeks or so of the detox, it will be lots of easy bike riding, a bit of running (if i can) and hopefully swimming but nothing structured and planned. Im going to try and post more regularly through this period giving updates on the detox.. who knows though, the lack of caffiene may be too much and i might sleep for the next 4 weeks.

One thought on ““Off Season””