Most Ridiculous Run Ever….

Most runners and pretty much all Triathletes deal with one common problem.. Getting the time to train.

Last week I had one of those days.. I was grumpy and jetlagged and really needed a run to get the blood flowing and perk myself up. I couldn’t get any free time so I took Zane down to the local park with me and decided to see if he would run a bit with me.. This resulted in the ridiculous running route below. 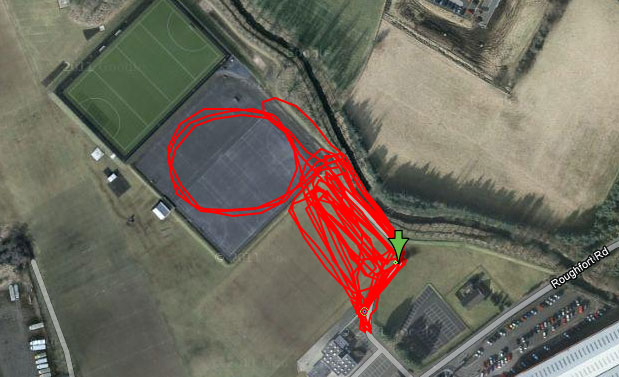 Insane looking but it was a lot of fun and Zane enjoyed it too.. and hey, i got three miles of running in!

Just a few days previously I had been in Chicago (hence the jetlag) and Image below is of a much more interesting route. I ran from the hotel down to Lake Michican and ran along the wall by the lake. The route had me clambering over walls, ducking out of the way of splashing waves, running across a beach and across a field for a bit. It was a wonderful way to start a Monday morning. 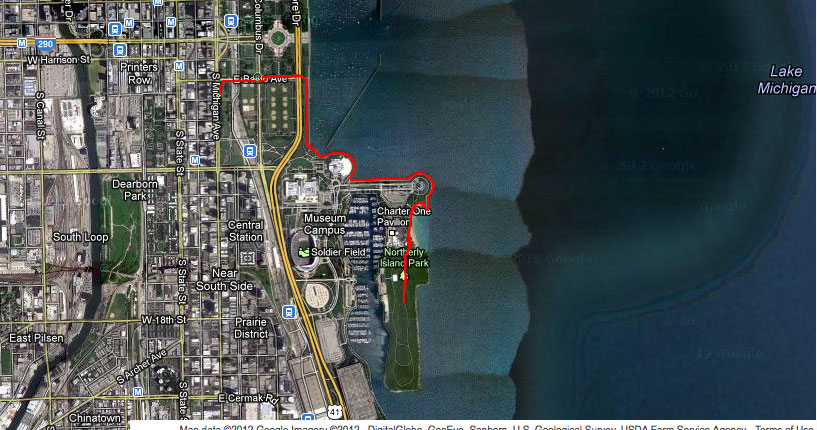 Beautiful as it was, the run 5 days later up and down the edge of a football field with my son was far better.