My attempts to run everywhere in the world are continuing successfully!
This week I was in Seattle. Hell of a journey getting there. Left Belfast on Monday morning and flew to Newark first, had about 4 hours of waiting around then another 6 hour flight on to Seattle. I arrived late on Monday night having travelled for about 20 hours in total. The picture above was the view from my hotel room that night. Quite nice to have a view of the most recognisable feature of Seattle. After that amount of travelling it was particularly useful to remind me what city I was actually in.

The next morning I woke early and headed out for a long run. The guys at Brooks Running (my favourite shoes!) had recommended that I head to Greenlake for the loop. I looked on Google maps and Greenlake was about 4 miles from my hotel and seemed to be around a 3 mile loop, so I figured on around a 12-14 mile run altogether and I set out.

I always like to listen to music or podcasts when I run… but being in Seattle, there was no way I was listening to podcasts. My soundtrack to the day was to be Soundgarden, Nirvana and Pearl Jam.

It was a beautiful morning and a really nice area to run in. At one point I had to stop at a bridge (the Fremont Bridge I think) as it was opening to let boats through. I think I can safely say this was a first… I don’t think I have ever had my running interrupted by a passing boat.

I made it to Greenlake and it was beautiful. Great scenery and great for running too. There was always a bit of the path that was gravel, packed earth or grass, so I got to give my legs a little break from pounding the concrete or tarmac for a while and they thanked me for it.

As I ran along, I stopped at one point to take a quick photo of my shoes in their spiritual home. 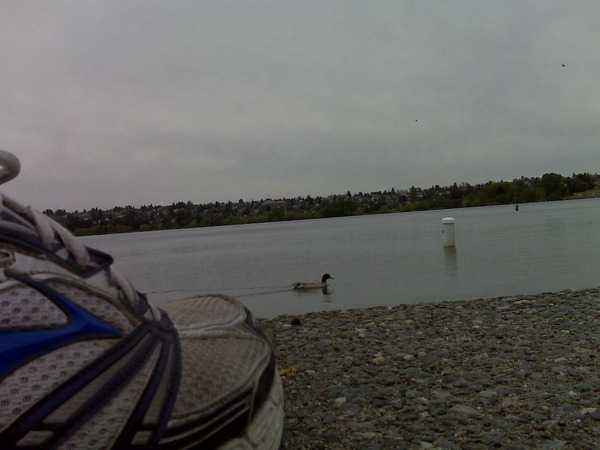 The scenery was spectacular. Really nice environment for running and very popular. The best thing was that round the lake, there was a nice path, but there was also always a part where you could run on gravel, packed earth and grass, giving the legs a much needed break from pounding the concrete!

I have to say I was even tempted to jump in the water for a swim. The hotel I was staying in had no pool so I faced a week of no swimming and was tempted to try a bit of open water swimming. If it wasn’t for the garmin, ipod, shoes etc I probably would have.

This guy had the right idea though…

When I got towards the end of the loop, i found a nice bit off to the side where I could run up into the woods and run on the trail through there. Nice and hilly and lots of fun. 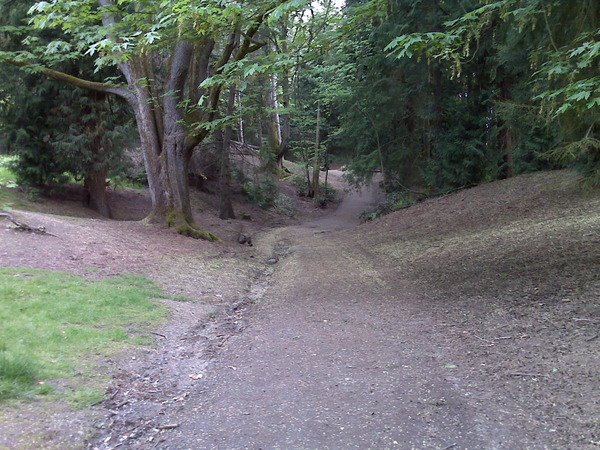 I had actually planned out my route carefully and knew there was a branch of Road Runner Sports near the lake, so I did another half lap of the lake and headed there to pick up some gels. I had planned on doing so. Had figured out where the shop was, even knew in advance what I was buying.

The only thing I didn’t really account for was having to carry the damn things.

So, for the 5.5 miles remaining in my run, I was carrying a plastic bag with two big bulky boxes of Gu gels. Just for the record.. I would recommend against this.

During the week I also had the opportunity to do a little bit of sight seeing. Invariably this involved a visit to Pike Place market and to the first ever Starbucks. Which was really cool. Much as I dislike Starbucks global domination, I do love their coffee and drink it a lot. So It was nice to, for once, drink some Starbucks and know I was having coffee in a local coffee shop. 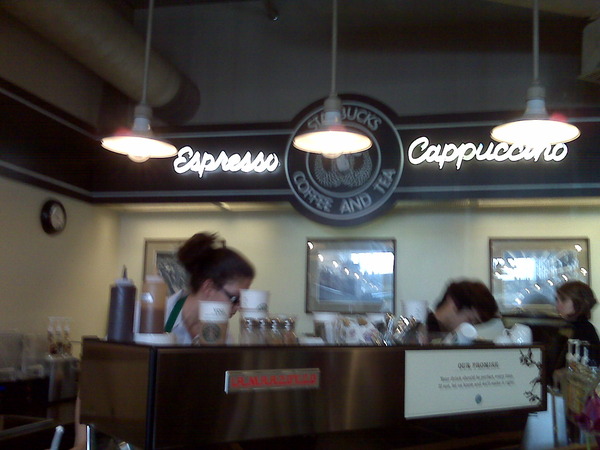 Amazingly enough, the branding in the original Starbucks (and a few others that I saw that I assume were also early branches) actually have a different branding. They use brown instead of green in the logo and the mugs and other merchandise were quite distinct too. Its quite impressive to see that such a massive company actually maintains a distinct brand for specific shops.

One last point of interest. At the meeting I was at, there was a raffle for a kit to be genotyped by the direct to consumer genomics company 23 and Me. As I work in this field myself, I am fascinated by this. I’m not sure if the world is really ready for direct to consumer genetic testing. Futher, I’m not sure that what is offered presently has a real medical benefit or value. However, as a matter of interest and for purely informational purposes I think its great. Ive maintained since I first heard of 23 and Me that I would love to do it but would never pay for it. Luckily I won the raffle and so Ive spat in the tube and FedEx’ed it off to them. In 6-8 weeks I shall find out the results. I will undoubtedly write a blog post on this! 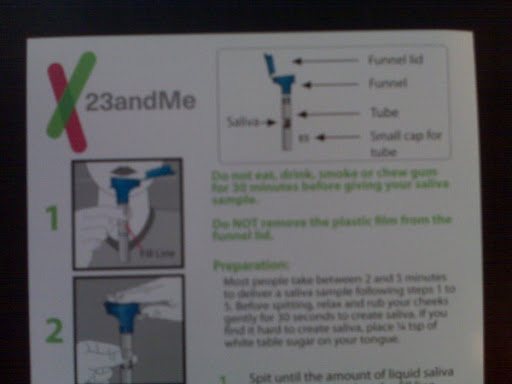 One final note. Am pretty that despite having two transatlantic flights in the week, to the west coast no less, I still managed to do my highest mileage week ever. Just over 40 miles! I also managed to get in 23 miles on the bike (11.6 at home on a real bike, 12 miles in the gym in Seattle).

Just to finish off.. a map of the long run…

One thought on “Running Seattle…..”