Tonight I headed out to do a 10 miler.
The family were away for the night, so rather than my usual run where I just go out the front door and run, I decided to drive to somewhere a little more picturesque,
and a LOT more flat.
I’m kinda sick of hills. My house is quite high up, and the first mile is downhill. Which means the last mile is uphill.
Anyway, so I drove the few miles down to the shore. Parked the car and just before heading off, took out the phone to snap a quick photo.
As I was putting on my camelback and sending the pic to twitter, a guy on his bike stopped by to ask if I was a runner, and handed me a flyer for a 10k a few miles up the road.

We had a little chat, with him asking me about any races I had done and inviting me to come along and join his running club if I felt like it. Very nice guy.

Anyway, after this brief and pleasant interlude I donned my earphones, hit play on the ipod, pushed start on my Garmin and off I went.

One mile into my run, I glanced down at my wrist to check my pace and lo and behold. The garmin was dead!

I knew the battery was a bit low, but this is the first time the battery died on me during a run.
I felt a bit lost! I was running a route which I had never run before, so had very little way of gauging distance. If it was my normal route, I would have known exactly where to go for my 10 miles.. but on this occasion I really had no idea.

So, I took out my Blackberry and, while still running, tried to use google maps to calculate how far I should be running. Which is, incidentally, not easy to do.

Which brings me to the point of this Blog… Technological dependency.
Going for a normal run, I carry with me an iPod, Garmin and often my blackberry. So.. a music player, a GPS system, a heart monitor, a phone, Internet device, camera and full access to my email.

Its a bit nuts really.
I mean, I can run without any of these things, but I find them useful. I enjoy listening to music or podcasts while I run. I like snapping the occasional photo and I am pretty OCD about my pace and distance.
It is amazing how all pervasive technology has become in our lives.

Training has been going well the last few weeks. I haven’t posted since the half marathon, but Ive been feeling good since. I took it pretty easy for a week after the marathon with just a few short runs and after that Ive been base training.

I don’t start my marathon training till July, and I will be doing a few triathlons before the marathon, but I haven’t decided which ones yet for sure. So, I’m just trying to get into a rhythm of multisport training.

Ive cut my running down from 5 days a week to 4, and have upped the mileage to compensate for this (hence the midweek 10 mile runs). In addition to this I am now swimming and cycling more. Yesterday I actually managed to get in 750m in the pool, a 20km cycle and a 10km run. Most exercise I’ve ever done in a single day! That is, of course, far form the norm. I just had a few spare hours.

I will post again soon with some more detail on my current training, once I get into a better routine. In the meantime, all the best from the sunny beaches of Belfast 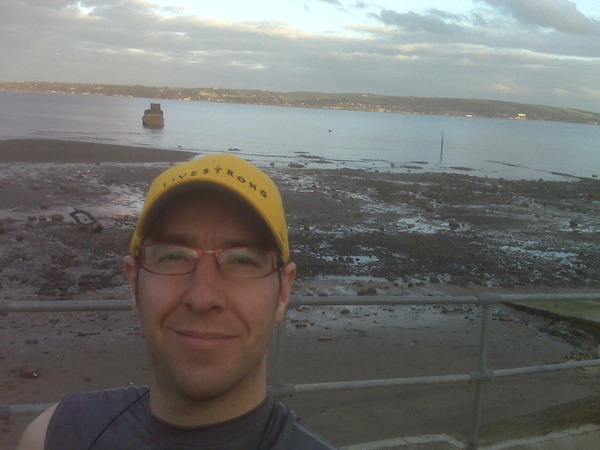 One thought on “Techno dependancy”