This is one seriously overdue blog. About 5 weeks back I did my first Olympic Triathlon. I was ready to write the blog straight away.. but life’s been busy. Lots been happening, most importantly of which is the birth of my daughter Alexa Grace.

And here I am with both of my awesome kids… 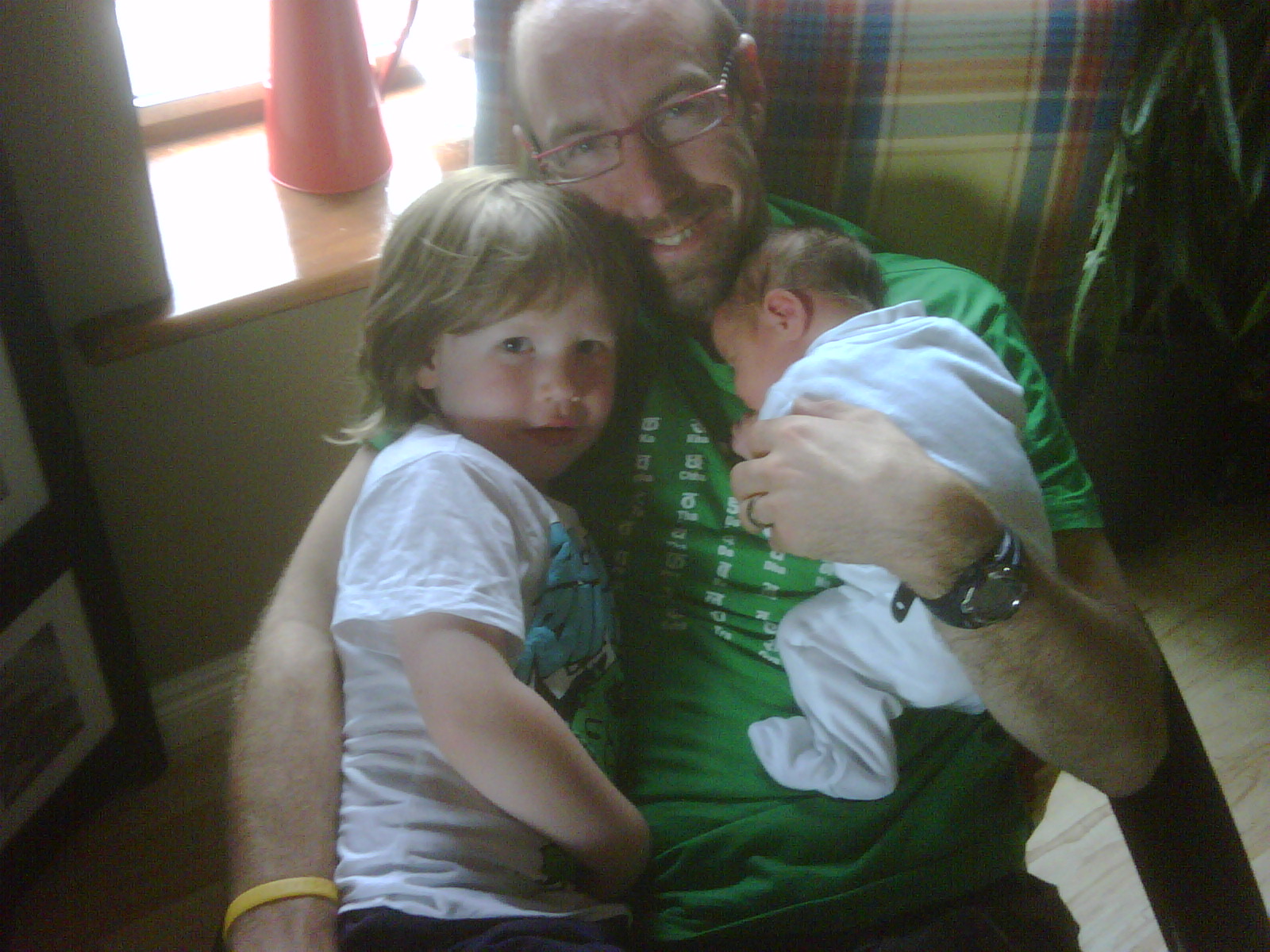 SO, that’s my excuse… Now on with the blog and race report.

My first Olympic triathlon was the Causeway coast triathlon on the 13th of June. It was both a hugely enjoyable experience and a very humbling one. The swim was my first open water swim, as my other tri’s have been sprints with pool swims. It was TOUGH. And it wasn’t just me that thought it was tough. The conditions were tough and swimming in the sea was like swimming in a washing machine. It was two laps of 750m.. but with the waves and currents, I definitely did more than this with lots of being dragged around. Here is a quote from the race organisers report on the race which highlights the difficulty…

Yup, it was hard. The first lap was a struggle and when I came out after the first lap i was shaken and kinda scared to go back in again. This was me coming out of the water…

Part of me was even vaguely tempted to give up… Then I saw my wife, my mother in law and Zane cheering and that gave me the kick i needed. This was me waving as I ran back in for my second lap… 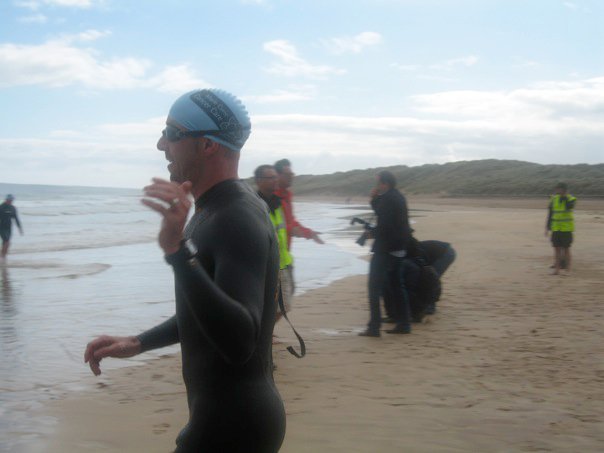 The second lap, I slowed down a bit. I found out later that I had gone out way to hard on the first lap. I did the first lap in 19:55 and the second in a much more realistic 23:30. Steph said afterwards that she was worried about me after the first lap because I was coming out FAR to close to the folks at the front

My total swim time was 43:35. The fastest guy out of the water did it in 33 Min’s. The guy who WON the whole race did it in 40:26… So I was only 3 Min’s behind the winner out of the water.
When I came out though, I was SHAKY. One of the race officials grabbed me and pulled me to the side to ask if I was OK. To be honest, I wasn’t. I felt like I gone a few rounds with Mike Tyson. But as I explained to the official, Id be OK once I had a nice wee sit down on the bike. At this he laughed and sent me on my way. In this pic you can see me just after this has happened. The guys who was concerned for me is on the left.. I love the fact that the other guy is cheering on my stupid determination.

I got my wetsuit off, grabbed the bike and got going. It took a while to get my heart rate down and get settled but once I did I loved it. The bike course was beautiful and I was able to keep a fairly decent speed despite it being pretty hilly. The 40k took me 1:12:26. If the distance was right and it was indeed a full 40k, then my average speed was 20.6mph… and I am MORE than happy with this.

The run was uphill for the first 3 miles, then a bit of downhill and the last few km was on the beach… not an easy finish. Steph managed to get a quick photo of me just coming out of T2

Definitely looking better than I did coming out of the water and rocking my johnhirsch.org CREW tri-kit in all its glory.

This is me just over the line.

The finish time shown in the photo was my correct finish time. 2:43:38. Totally happy with this. I did have a target going into the race to do it sub 2:45… and I did, despite the evil and pretty slow swim. I did way better than I expected in the bike and run and placed 40th overall and 9th in my age group. I was, and still am, totally happy with this result.

This was my first A-race of the year, my first Olympic triathlon and was an amazing experience. Roll on more races