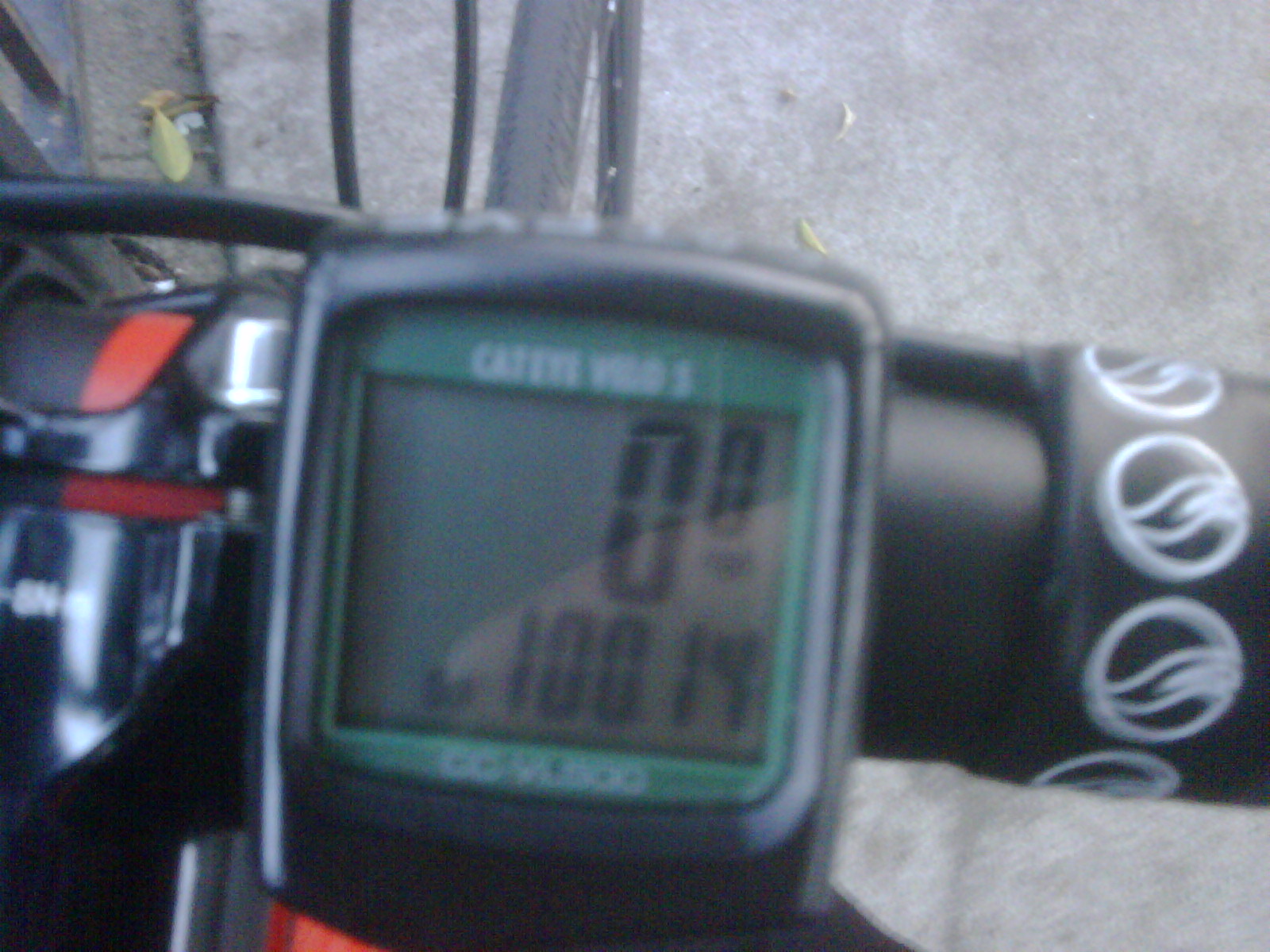 While in SF I managed to do my first century ride. The evidence is above in that dreadful photo.
I arrived on Monday and got to bed pretty early. Then, I woke after about 4 and half hours sleep at 2:30 on Tuesday morning. i struggle to call 2:30am “Tuesday morning”, but i guess it technically is. There was no way that I was getting back to sleep so I just got up. I spent a good few hours getting some work done then at 8am I headed out.
I ran the three miles from the hotel to the bike rental place. I picked up my Giant Defy 2 and went on my way.

It was a hell of an adventure. I hadn’t really planned a route so having a map and google maps on my phone helped. Didn’t do a lot for my overall average speed though to have to stop regularly to figure out where to go.

I started out by heading across the Golden Gate bridge to Sausalito, as I had done last time. Stopped there for a cup of coffee and to watch the ocean for a while, then started out properly to really do the distance.
I cycled up through Corte Madera. The last time I had done this Corte Madera was my turnaround point. The total distance that day was 33.91 miles, and was my longest run to date… a mere 8 months ago. At that stage I didn’t even own a road bike yet. Today’s aim was a little more ambitious.

I headed on up past Corte Madera, through Fairfax and onward north. I hit the coast again at Anelmo.. and at that point was at the 40 mile mark. In order to do the full century, this meant continuing north for a further 10 miles, then turning round.
That 10 miles north was hard.
Once i turned round and started heading back it was OK again. I had planned on stopping for lunch at some point after the halfway point… but after the halfway point heading back down the coast, there was nowhere to stop for lunch! I also ran out of water after a while.
At about the 70 mile mark I actually began to feel kinda dodgy. Id been out of water for a while and hadn’t eaten enough. Up to this point I had eaten two cliff bars and that was it. I started feeling like I was on the verge of “bonking”. So, I stopped, had a little break and ate the last thing I had left in my camelback… which was a powerbar. It fought off the impending “bonk” but I gotta tell ya… those things suck when you eat them without water. they are drrrryyyyyyy.
A few miles down the road I finally came across a shop and picked up a bottle of water and a bottle of gatorade… The gatorade was downed straight away and I started feeling OK again.
The last 25 miles involved crossing a small mountain range.
It was HARD GOING. There were climbs that had to be over a 10% elevation and lots of long climbs that were around 3 miles long.
I was crawling up these at about 5mph in the easiest gear I had and my heart rate was STILL pretty high.
The many downhill sweeps were 25-30mph, with not pedalling and the brakes on.
It really was tough.
BUT
It was a breakthrough training session.
I managed a century. I managed LOTS of hills and I managed it under far from perfect conditions. I was jetlagged, was functioning on less than 5 hours sleep and despite it being done during the day in real time.. but by my body clock, it was well after midnight by the time I had finished and I had actually done the guts of a full days work before starting.
If that’s not building mental endurance I don’t know what is.
Below is the route and the elevation profile.
I also took some video footage which I may post as a follow up.

Minor addition… The ride included over 5,000 feet of clmibing. I dont really have a point of reference for how much this is, but I just checked and Britains highest mountain is Ben Nevis, and its 4,409 feet. So I figure OMG THAT WAS A LOT. 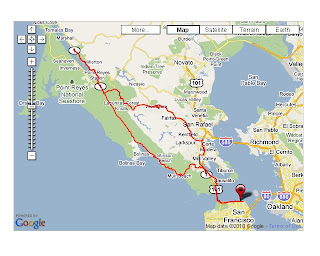 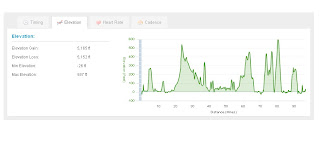