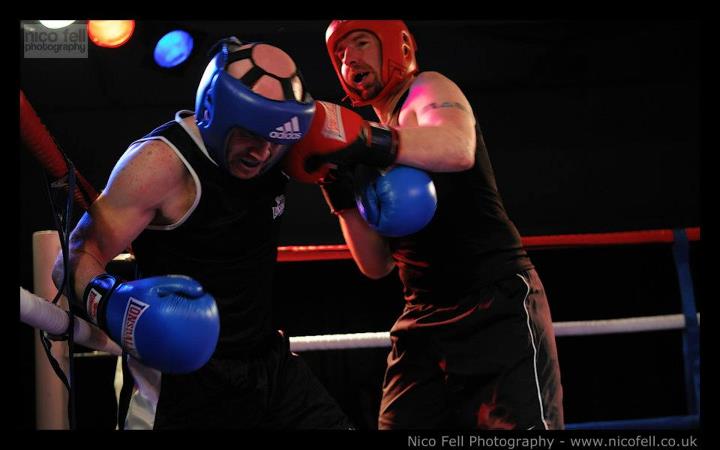 I always plan on writing these event based blogs straight after the event.
On the one hand perhaps I will better capture the post event thrill.. on the other hand I want to do it before I’ve talked to everyone about it already and told my story and got tired of saying it.
On the flipside, coming back to do this a few weeks later in the cold light of day probably has benefits too.. So here we go.

The fight night came around and it was a truly incredible experience.
I cant tell you now that physically, its like nothing Ive ever gone through before, and emotionally its certainly pretty high up the rankings too.
On the night of the fight we all arrived to the Europa hotel and had our briefing. We were brought to the function room that was set aside for us and we were led in to the ballroom where the ring was set up and we got to have a look around before anyone was brought in. The ring seemed smaller than I had expected, and the room seemed pretty damn big. At this point myself and Neil, my opponent, posed for a quick photo.

After this we went downstairs to wait as the spectators were brought in, then we were led in for the “Parade of Champions” we were all led into the room and into the ring and got to see the crowds. It was amazing, there were about 800 people all clapping and cheering. I climbed into the ring and looked around to find my wife and friends and was hugely relieved to find them. Then i was able to relax and take it all in. It was amazing. Such a buzz, and everyone else was the same. We were all grinning and clearly excited. Then, we were led back downstairs and the first fighters started warming up. Some of the guys chose to go upstairs to watch the earlier fights. I was up pretty early so I just stayed down in the room getting myself mentally and physically ready.

The preparation for this was weird. I’m used to racing and there are a range of emotions you can feel… Nervous, excited, eager etc etc. But the objective for me in a race is to do it, possibly to hit a time goal. Its not to win. This was a head to head battle and I needed to get into the ring wanting to win.

This was a completely new experience for me. I’m not a competitive person and am not really driven to be a “winner”. Getting myself to a mental place where getting in there and winning was my objective was a very different experience.

As the time came closer to my fight, I started getting physically ready doing simple warmups. One of the trainers took me aside and did some pad work with me and I was starting to feel ready. Neil openly admitted that he was really nervous, and I think this gave me a bit of a mental edge. I wasn’t nervous, I was ready to go. We were led upstairs and stood waiting to walk into the room. I heard my name being announced and I took the long walk to the ring to my entrance music which was “Solidarity” by “Enter Shikari”. It was a good choice and I was totally ready to go. I stepped into the ring, walked to my corner and waited. The guys in my corner talked me up and got me ready and I tried not to be too overwhelmed by the music and the cheering crowds.

My opponent entered the ring, the ref called us forward, gave us our briefing and the bell rang and suddenly the crowds and the noise disappeared. For the duration of the fight there was just me and my opponent. It was incredible. We could have been in an empty room. It was just pure focus and it was very intense. The rounds were 1.5 minutes long, but in some ways they seemed to last an eternity. The breaks between the rounds were 1 minutes but they seemed to be mere seconds. The coaches in the corner were amazing. They briefed me after each round as to what I should be aiming to do for the next round, what my opponent was doing and where he was weak and What I needed to do to exploit that weakness.

Physically the fight was really tough. Anyone who has ever done an intense workout using a punchbag will know how hard it is. Being in the ring is like this but while being used as a punchbag at the same time. All the while trying to pay attention to what you are doing, where your guard is and what your opponent is doing. Throwing punches while avoiding them and hitting while being hit.

There were only three rounds, but by the third round I was totally wrecked. Getting out and fighting that last round was really tough. If i didn’t have the base fitness from the running and triathlon training I don’t know how I could have done it.. Pure adrenalin I suppose. I won the fight… but at the end of the day, we were both winners for going through the 8 weeks of training and having the balls to get into the ring in the first place. I managed to raise a good chunk of money (over £1200) for Aware Defeat Depression NI and that made it all worthwhile. My Just Giving page is still open so feel free to go and throw a few quid my way if you haven’t already done so.

After we finished, we hit the bar and very much enjoyed the rest of the evening, watching the other fights and cheering on the other competitors. The whole experience was truly phenomenal from start to finish, all 8 weeks of it. I met some amazing people and made some good friends. I’m sorry its all over and am looking forward to the reunion of all the fighters, when we will get together, have a few drinks and watch the DVD of the fights.

As with the last blog.. the pics are courtesy of Nico Fell. Cheers Nico. 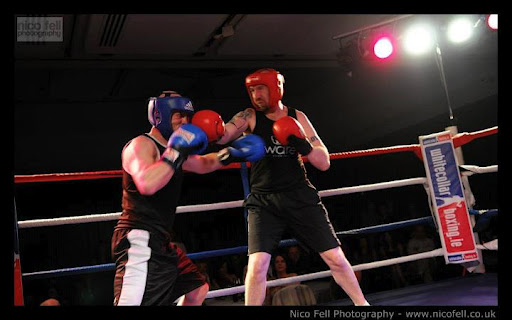 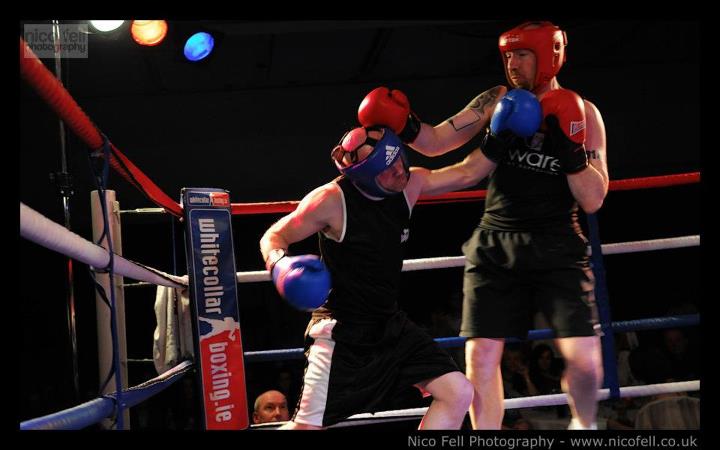 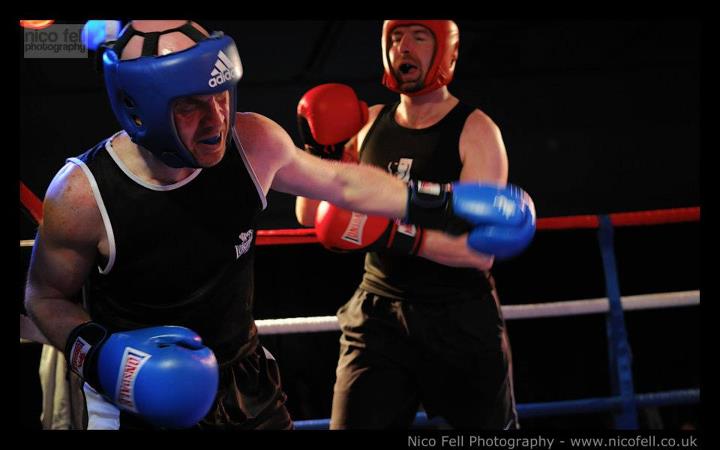 ← That ever elusive motivation…What a ride….. FIGHT NIGHT. →